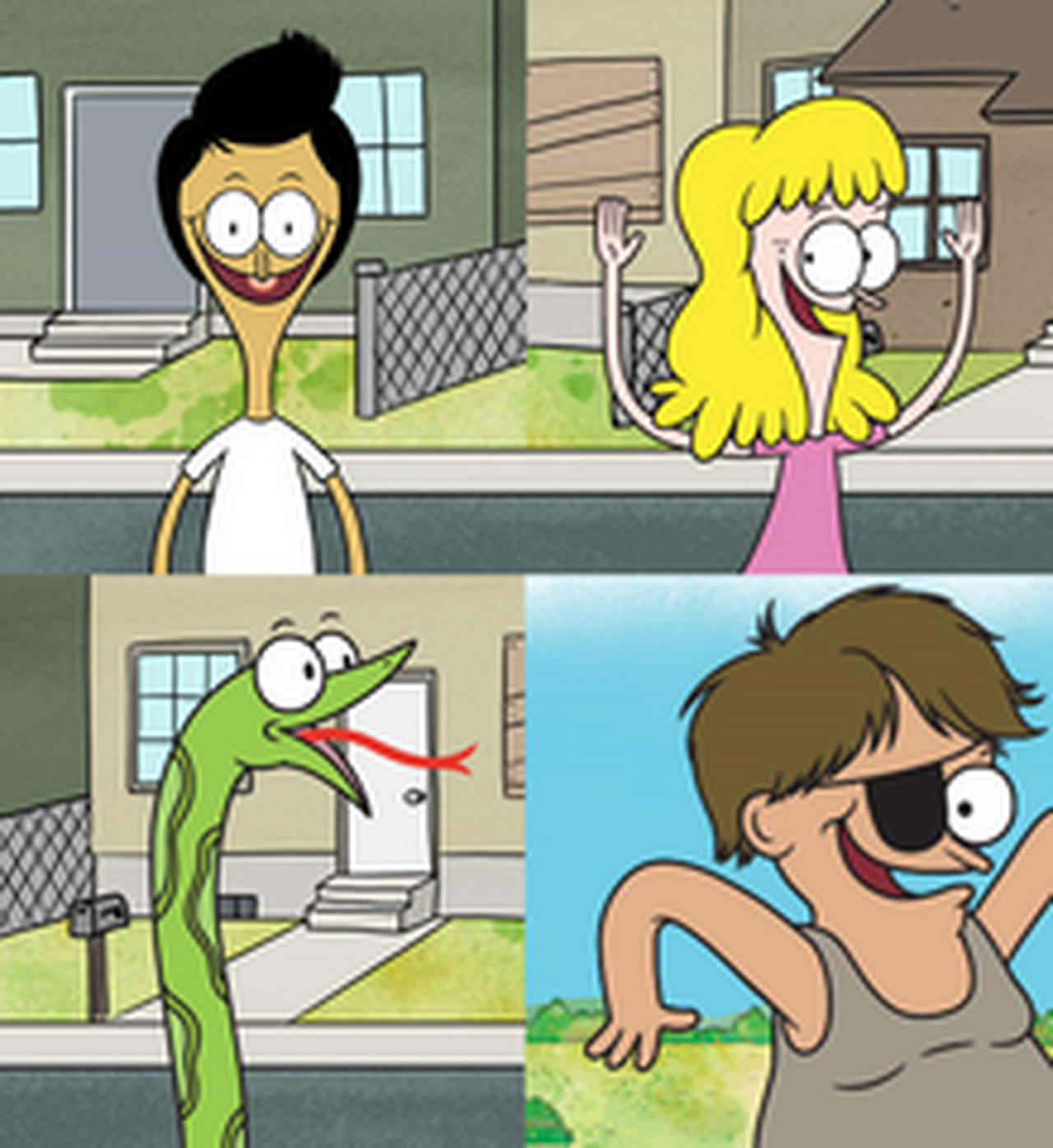 What's on your mind?

What is that song called when Sanjay and Craig has a rlly bad day and it was raining. They got to the place and then the guy whipped out a disc and played the song. He said something like “sometimes you gotta go down to get back up” and then Sanjay n Craig went into a world. They hugged a wet monkey, some candy thing, an onion and smtn else.

This is the place to talk about your favorite topic, to share news, theories, ideas, and to connect with others. The content from your Forum has been converted to Discussions posts, so nothing has been lost.

To learn more about what you can do here, check out community.wikia.com/wiki/Help:Discussions

If you're an admin on this community, read more about how you can customize your Discussions and set up guidelines for contributors: community.wikia.com/wiki/Help:Admin_and_Moderator_Tools_in_Discussions

I want to let you all know I'm still active! It's just that I still have so many things going on. Again, thanks to all of you who continue to edit on the wiki even when the show has already ended! I'll try to make improvements here whenever I can. 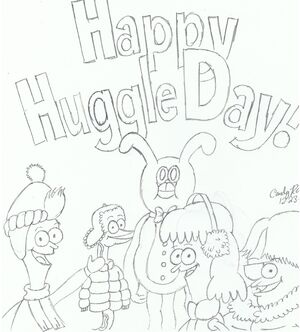 Also, I should have posted this two weeks ago on Christmas, but Happy Huggle Day to you! (I'm also an artist!)

Well, kinda...it's been two months since I was active here. Hi, everyone! I've spent a part of August away from home and had a great time on vacation! On the other hand, however, I'm still struggling with fatigue and I really want to spend time here as much as I can. Sanjay and Craig may have ended, but not the fun!

There are a couple of things that are still needed to be done, such as more screenshots and updating character galleries. I still haven't changed part of the coding on the tables on the season pages like I promised to make it read easier. Everything else I think it's fine for now -- unless you have something you like to add!

I do want to thank everyone here who have contributed to make this wiki a great place! And I especially like to thank Patricckko for the screenshots of the latest episodes as well as Rk20 for being a great admin! I'll try to do some editing again sometime this week!

And a very special thanks to the SJC crew for putting on a great show and fantastic memories!

I haven't watched it yet, but Nick posted a video spotlighting Sanjay and Craig artists Aminder Dhaliwal and Josh Engel! It also mentions the new show that they are now working on. Enjoy!

(edited by Candy Randy)
.
(edited by Pastaffic)
This post is locked.

For the past several days my Internet connection keeps interrupting, so I'll be here in a limited basis until it's fixed.

(edited by Candy Randy)
I just wanted to share this with you.

I somehow managed to find a Nickelodeon sitemap thingy that downloaded a document to my computer, and I think I found all the titles for the remaining episodes of Sanjay and Craig Season 3

309 - Paper Pushers/Bros of a Feather

I am not 100% sure they are real, but knowing they were leaked on a official Nickelodeon site, they probably are. After all, they’ve confirmed that the GUTS episode will be happening and the finale will involve The Patels taking a family vacation overseas.

If anyone wants to take a look at it, the link is: www.nick.de/sitemap.xml.gz

If you really do like Sanjay and Craig, with news of the series' ending likely looming, please take the time to sign the petition!

I haven't edited here in a long time because I was so exhausted from work that it lost my enthusiasm to do any more editing. I'm better now, and I'll return to editing here as soon as I can. Thanks for your patience!

Everything cool I do, I do it with you!
Candy Randy

(edited by Candy Randy)
What are you getting for Christmas?
(edited by Harvey Beaks Number 1 Fan)

So guys, as you can see I have removed old admins who hadn't really done much contributions to the wiki. So in exchange I am hiring new admins. :)

Starting on July 25, Sanjay and Craig will move back to Saturday mornings! Also coming with SJC for the first time are new episodes of Harvey Beaks.

Nick's bizarre scheduling practices continue to prevail. An article from Cartoon Brew reported that the staffers working for the show Harvey Beaks are frustrated that Nick stopped airing new episodes again, even though they have already produced most of the first season (please tell me if that is incorrect). All shows including Sanjay and Craig are also a part of the decision for the premieres to be pulled. However, Pig Goat Banana Cricket will continue to air new episodes regularly.

Hi, fellow SaC Wiki users! I'm thinking about changing the wiki background. So I've made two choices: On the left is Sanjay, Craig, Megan and Hector in a title pattern I have created; and the other is a nice promo image I found while searching for some images from the show. Take all the time you need -- the winning image will be chosen by Friday night, so make your pick in the comments below! 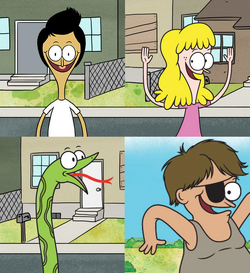 Mine is Glad To Be Sad So heartwarming, and sweet, and honestly, a little...sad.