When Sanjay and his friends are at the carnival, they decide that they want to ride every ride at Thrash Land and then save a ride called Puke's Peak for last, but when they find out Puke's Peak is closed, Belle tells them about a replacement ride called the Inferno, but when Sanjay finds out he isn't ready, he brings Craig, Hector, and Megan to floaty boats but when they decide they wanna ride the inferno Sanjay decides to go through it. After Sanjay and Craig get off the ride, they find their picture of them on the ride, but then they laugh at Belle's picture. After they find Sanjay's parents on the tunnel of love, they leave the carnival.

Sanjay, Craig, Megan and Hector are on carnival, all of them wanna ride Puke's Peak, but it's closed so they go to t replacement, The Inferno, but Sanjay and Craig are both afraid or ride. 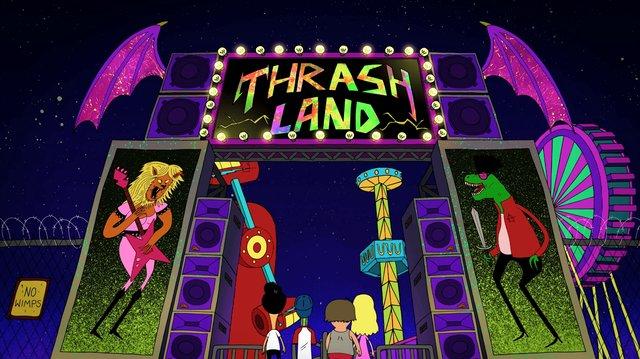 Sanjay and Craig “Heightmare” Clip
Add a photo to this gallery

Retrieved from "https://nick-sanjayandcraig.fandom.com/wiki/Heightmare?oldid=16287"
Community content is available under CC-BY-SA unless otherwise noted.